When they Ask, “Is Santa Real”? How to Tell Your Kids the Truth About Santa Claus 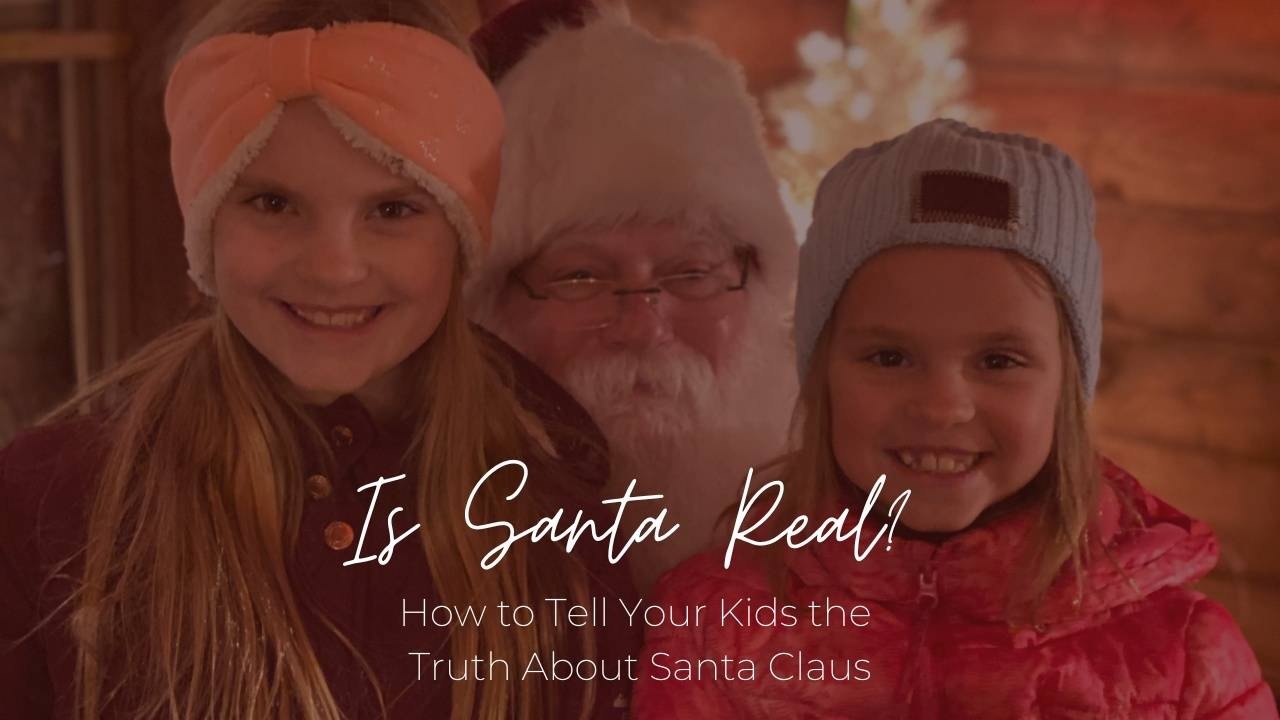 We all want to keep our kids believing in Santa Claus for as long as we possibly can. Nothing is better than the palatable excitement and anticipation on Christmas Eve. Or their faces Christmas morning when they see the tree lit up and presents from Santa scattered underneath. It’s magic. Plain and simple. And as a parent it is so much fun to create this for our kids, even though I usually drive myself borderline insane doing it ALL every year.

It was December 2019 and I sensed that Maddy (who was 10 and in 4th grade) was getting close to being ready the truth. Whether she was figuring it out on her own, or talking to her friends about it, or a combo of both, she was thinking about it a lot. She’d been asking all sorts of insightful questions like “Isn’t it really illegal to break into someone’s house, even if you are giving them presents?” and “Seriously mom, how does he do all the houses in the world in one night? I mean, is teleporting a real thing?” The Elf on the Shelf had become a big source of question as well. I knew that little shit was going to be the demise of it all. But I digress. I knew it was coming so I revisited this article I read on the Huffington Post years ago which I found to be incredibly heartwarming. I knew I was going to pull from this when the time was right. (http://www.huffingtonpost.com/entry/a-lovely-non-traumatizing-way-to-break-the-news-about-santa-to-your-kids_us_5845b3c6e4b028b323389153)

One night before bed, and as I was tucking Maddy in, she asked me flat out – “Mom, do you move our elf?” UGH. I knew in that moment it was ALL going to be over. Sure, I could keep lying to get her to believe, but it wasn’t about me and I'm not going to lie to them. This moment was about her, and she was ready. So, I had to think about what she needed in that moment. I had to help her transition into this new place in the best way possible. I’m the mom, that’s my job. So, I asked her “What do you think?” Looking up at me with those sweet eyes she said "Yes… I do think you move her." That response was my trigger to know it was time.  I told her she was right.

Fast forward to today. Emma heard from her friends that it was parents who move the elf and Santa isn’t real. She just went along with it when she was with them, but when she got home started asking questions. I sat down with her and asked her what she thought about it all. She replied “I think it’s parents moving the elf, but I’m not completely sure about Santa”. I knew that similar to her sister, she was ready and as much as I wanted to hold onto her believing, I had to help her transition as well.

What followed these two different situations, 3 years apart, was the most amazing conversation I’ve ever had with them both.

I told them both that yes, I move the elf. Because Christmas is about magic and the spirit of doing wonderful things for people. That is why I moved the elf. To create that magic for them. They both felt that. They got it. We kept talking about all the places “Snowflake” had been in our house and the little mischievous things she had done, laughing along the way.

I let them lead the conversation and I answered everything honestly. When they asked if I was Santa too, while my heart sank a little, I simply said:

“Yes I am Santa. While there is no fat man in a red suit who delivers presents to kids around the world, the spirit of Santa Claus is very real. And that spirit is all about creating Christmas magic. Now you are old enough to know the truth and be part of it all.”

I asked them both if they were sad.

Maddy exclaimed that she wasn’t, that she was happier than she was before. She talked about how much fun it is knowing the truth, and that she was so excited to do this for Emma, and for her kids someday.

Emma was initially a little teary. I think she was embarrassed for believing when her friends did not. But as our conversation continued, I watched her sadness fade and her turn into happiness. She was excited to take part in the magic for her friends and family that do still believe.

We talked about all the things I had done to keep the magic alive for them and laughed and laughed. Both girls were thankful for what I and everyone else had done to create that magic for them.  That’s just the awesomeness of Maddy & Emma.

Then logically, came the questions about the Tooth Fairy and the Easter Bunny, which they said never made sense to either of them anyways. And now they know that I have a bag of their teeth in my room. GROSS.

I was so thankful to have that time and conversation with both girls. It is inevitable that our kids will stop believing someday. That we cannot control. But I did get to guide them experience in learning the truth. They got to sit down with mom, like the big girls that they are and learn the truth. Both promoted to Christmas Spirit Maker. And best of all, they felt so good about it. I will forever be grateful.

Now, Emma gets to join Maddy in picking out where our elf goes every night. While I was hopeful I could be done with that damn elf, Emma still loves here and she’s here to stay. At least now, I have two helpers. They share great ideas for creating “Christmas Magic” for other and they have lots of ideas for stocking stuffers from “Santa.” Both still want to visit Santa this year. Because, as Maddy put it – “I still believe in the spirit of Christmas mom. That’s what it’s really all about anyways.”

Become the most authentic you!

....................
Get the UnBecoming mini Journal FREE when you sign up to receive lessons on alignment, healing and life hacks to live a more aligned and authentic life. Delivered straight to your inbox. 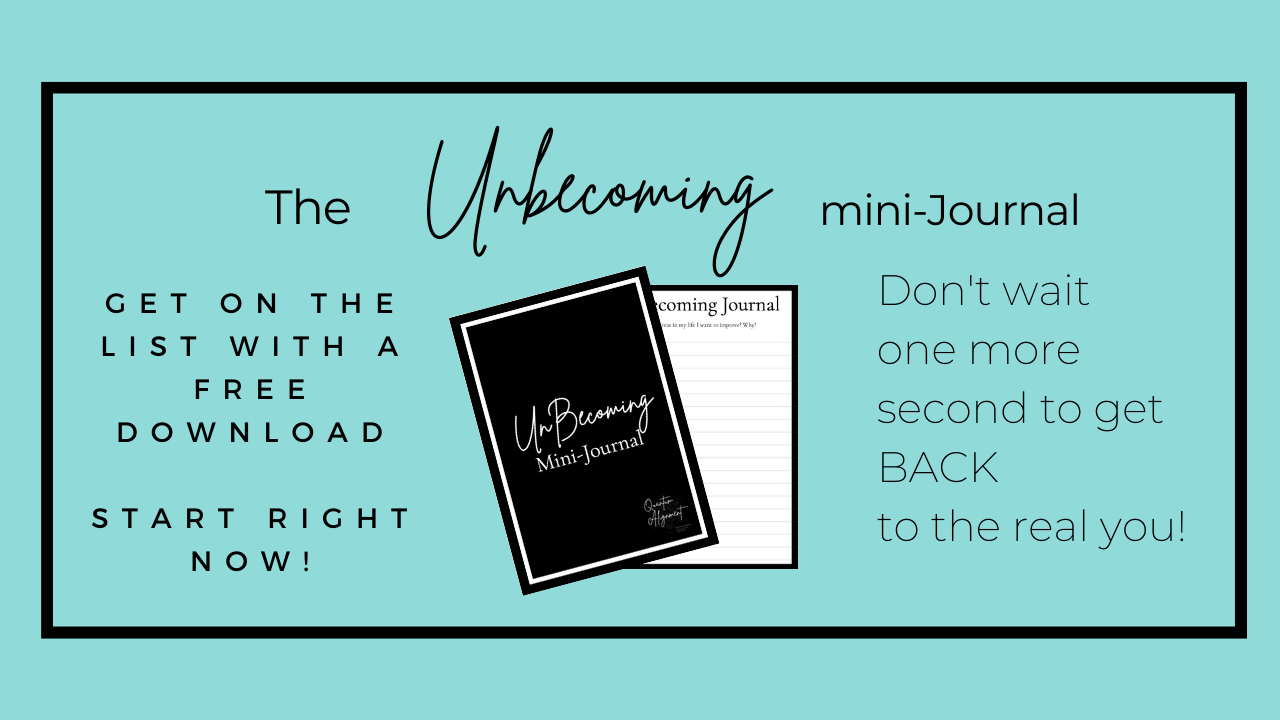 Get on the List for UnBecoming 101 and get the UnBecoming mini Journal!

Get started in your Quantum Alignment!
Answering the prompts in the journal will bring you new awareness into your past, current & future self.
What are you waiting for?!

Get started on your UnBecoming today.

I respect your privacy 100% and do not sell any personal info. Ever.